Development is finally finished, and the campaign has gone live! (And I can talk about it!)

It’s for a great cause – petitioning the Australian Government to help fund research into Duchenne Muscular Dystrophy. 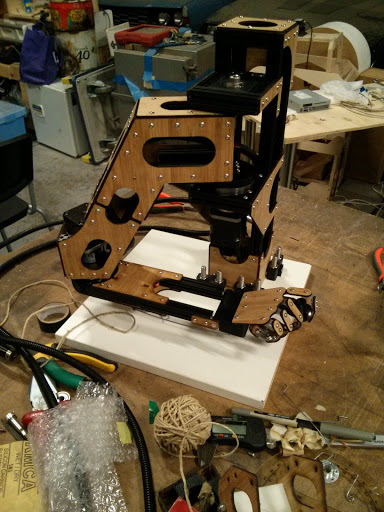 The arm in its natural habitat – the RoboDino workshop.

I designed and scratch-built this SCARA-type anatomical robot arm for agencies Finch and Havas, for use in their appeal campaign.

The robot arm can draw more than just text, see?

Each short segment in the Hilbert Curve is approximately 1.2mm long! It could draw smaller, but the width of the ink becomes a problem!

A build log is not available yet, but there’s lots of info at the campaign link above, and lots more photos here. 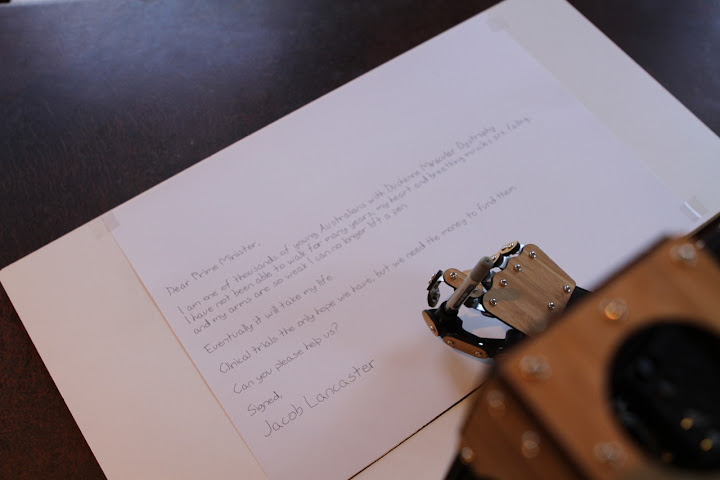 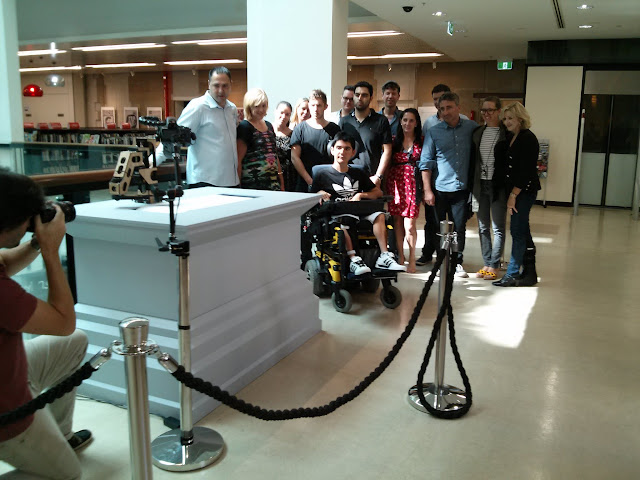 Jacob and the team

If you’re in Sydney, you can come and see it in person! It’s at Customs House, Circular Quay, for the next two weeks.